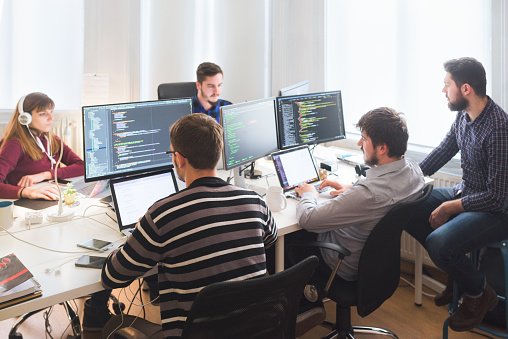 Testing builds trust in the building of an application by ensuring that each line of code, each feature of the application, as well as every flow, works as expected. The significance of end-to-end (E2E) manual and automation testing as a component of the application development lifecycle cannot be overstated. It is an important aspect of application Quality Assurance.

Integration testing aims to ensure that the pieces work properly together. While integration testing helps ensure an application's reliability, it does not cover everything. End-to-end testing is necessary because it is difficult to know how the application functions for the end user.

In this article, we will discuss tips for debugging and troubleshooting E2E tests in detail. But before that, it is necessary to understand what end-to-end tests are, and why it is important.

End To End Testing is a method of application testing that validates an application flow that is functionality and performance from beginning to end, as well as its integration with various extensions. As a result, the name "End-to-End" was coined.

End-to-end testing involves testing the entire application for dependencies, data integrity, and communication with other systems, interfaces, and databases to simulate a complete production-like scenario and ensure that the system functions properly throughout the testing process. Chain testing is another name for this testing.

End-to-end testing is typically performed following functional and system testing. It necessitates techniques that replicate an actual application user. The test helps in evaluating whether the results meet the requirements or expected outcome by simulating the actions a user would take. Examples of testing a user's experiences include spending for a service or item on a website, registering on a website, and using a feature.

All of this would take place in a test environment that would preferably mimic the development environments in terms of databases used, API services used, and device type.

Applications have become more complex in recent years. Every application is connected to networks of subsystems, layers of UI and API, external databases, networks, and also third-party integrations. As a result, the app's workflow is somewhat getting complicated.

If one of them fails, the entire application flow is disrupted. As a result, ensuring each component's stability is critical to the success of an application. This implies that the application must be tested completely from start to finish at both the layers of API and UI. This can be done by performing end-to-end testing.

If an application has a complex architecture with multiple tiers of workflow, E2E testing is required to verify overall functions as well as the interaction between individual tiers in the architecture that must work together for successful operation.

Because E2E testing includes the front end, it ensures that the app delivers a consistent user experience across multiple devices, platforms, and environments. In this regard, cross-browser compatibility testing, for example, is an essential component of E2E testing.

We have already discussed what end-to-end testing is and why it is essential. Now let’s move to our topic of debugging and troubleshooting E2E tests.

End-to-end tests are powerful, but it's no surprise that testing every feature of an application can take a long time, even when automated. Long-running tests are costly, so finding errors quickly is critical. Particularly in modern microservice architectures, there are many moving parts, each of which may contain a bug, and bugs in their code can lead to failing tests.

Both debugging and troubleshooting seek to identify and resolve the problem. But debugging end-to-end tests can be difficult at times. Every developer, no matter what, must go through this phase while working on an application. Everything begins with full enthusiasm. Developers write hundreds of lines of clean code in their development environment, and everything works fine there, but when they try to put the entire application into production, it doesn't work or behaves as expected.

They spend a significant amount of time debugging the code, which dampens their enthusiasm. Therefore, it’s beneficial to learn a few debugging tips that will help in dealing with bugs and save time in debugging code.

Following these tips can help you reduce bugs so that you allocate your time to releasing new features. So let's get started.

Many developers see an error but fail to read the error code when troubleshooting faulty code. The error code can assist them in figuring out what's wrong. As a result, it is important to run the code each time any minor changes are made, to ensure that errors can be addressed as they arise instead of putting an hour into a coding session. This allows developers to pinpoint the source of the error and resolve it more quickly.

When something in the application's subsystem changes, it usually fails. This change could be caused by a new user following incorrect procedures, though the application should be robust enough to prevent this. Examining for changes is essential for both troubleshooting and debugging, and it must be the first task in the discovery phase.

Instead of diving into the code too soon and discovering that it has nothing to do with the code is frustrating. The best way to approach the discovery process is to limit the scope of the investigation quickly and focus on finding the root cause.

Taking a higher-level approach can assist developers in isolating the problem more quickly. For example, examining whether the issues are related to a code change, a broken setup, reduced performance caused by infrastructure, or user-specific circumstances.

Use tools, but don't rely on them purely.

Monitoring tools, which exist to aid in debugging and troubleshooting, should assist you in determining where the issues are taking place.

There are numerous tools available that should allow you to step through the code by line until you can pinpoint the problem. But this is to keep in mind that problems always appear complicated at first, but the trick is to reduce their scope and size until they become manageable. Tools' capabilities are frequently limited when all relevant data is not collected before the issue. As a result, they have the potential to mislead or delay the discovery process.

Because tools are more often platform- or programming language-specific, keep in mind that problems may be caused by factors outside the systems.

We don't remember what we did on a specific day a month ago, and the same is true for a problem solved three months ago. Bug tracking and error monitoring are critical steps in the troubleshooting and debugging process. You must determine whether the problem is new or whether it was previously resolved and has reemerged following the latest release. This is why bug tracking is the most efficient way to capture and track the issues that team members have encountered and resolved. As a result, it is reasonable to employ an easy-to-use bug-tracking tool that will encourage team participation.

Keeping the test code as simple as possible

Duplication is preferred over abstraction. Make an effort to keep your code simple and easy to interpret. The more you debug user interface tests, the more you realize how difficult they can be. When you need to understand what is going on under the hood and which steps aren't working as expected, testing code becomes a chore.

Reproduce the Bug Before rewriting the Code

When a piece of code fails, especially if it was written by someone else, developers make some random assumptions, proceed to make changes, and summon a rewrite

However, before implementing a fix, it is critical to understand why the code does not work to avoid making the same mistake again. To be there, first, isolate the problem, identify the precise root cause, and ensure that it can be reproduced at will before implementing the fix.

This saves time by avoiding blind fixes that do not solve the problem, and it improves testing since it is already known how and where to reproduce the problem.

Many beginners do not run their code often. Instead, after writing a bunch of code in a file, they run them for the first time.

One of the most important pieces of advice they can get is to avoid making this mistake. Run and test the code repeatedly, or it will become more confusing by checking your code, which will waste time finding minor errors in the code.

Always address one issue at a time; you may encounter another error while addressing one, but do not interfere with another piece of code. Always start with a single problem, solve it, and then move on to the next. This will assist in providing feedback to determine whether or not it is heading in the right direction.

Assist Others in Debugging

After ensuring that the code is not causing application bugs. Don't stop there; offer to assist others in discovering the problem. Because troubleshooting and debugging require teamwork, you are not completed until the entire team is completed. Helping other team members with debugging is a great way to pick up a few tips and tricks from their debugging processes.

Give yourself a break

Take a break and walk away from your system to reset your mind. If it becomes exhausting and tests your patience, it is best to do something else for a while. Taking a break and pausing can assist in bringing up another approach to connecting the dots in debugging the code. This is because restarting everything with a fresh mind after a short break can be beneficial in resolving the issue.

LambdaTest is best suited for end-to-end testing. It guarantees that the app provides a consistent user experience across browsers, operating systems, and web applications.

This platform enables the team to maximize test coverage, reduce time and costs, and discover new bugs in an exploratory manner. It also enables parallel test execution, allowing you to prioritize and schedule tests across multiple environments. Additionally, it lets you take full-page screenshots so that you can quickly log the error and debug it.

Given the significance of end-to-end testing, it must be planned from the beginning. It also necessitates time, effort, and resource investment so that the user experience is not impacted.