What Technologies Are Used In IoT 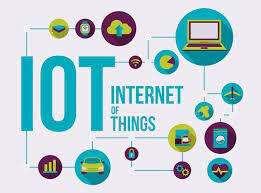 IoT, or the Internet of Things, consists of all devices, physical objects and things that are connected to the internet and capable of sending and receiving data.

One of the most common misconceptions about IoT, or the Internet of Things, is that it's only about connecting devices. In reality, the term “Internet of Things” applies to any object or thing that can be connected to the internet—and that includes things like people and ecosystems.

For instance, a smartwatch is an example of an IoT device, but so is a wearable fitness tracker. Even a wireless-enabled tablet can be considered an IoT device. Each one has its own unique software and hardware components that allow it to send data to and receive data from other devices and sources (via the internet) while also functioning on its own as an independent unit with inbuilt processing capabilities.

With all these different devices connected together over one network, they can then communicate with each other—or even operate autonomously by collecting data from their surroundings and making decisions based on them (this process is known as machine learning). According to Reports and Data, The global Internet of Things (IoT) Market is forecasted to grow at a rate of 26.1% from USD 245.08 Billion in 2019 to USD 1508.01 Billion in 2027.

Let’s check which kind of different emerging technologies can be used in the IoT.

Most IoT devices aren’t expected to be mobile—they can stay in one place all the time without risk of damage. The ones that are expected to move around, however, need special networking protocols.

Beacons are a type of sensor device that transmits data (usually Bluetooth Low Energy or BLE signals) to a mobile app, enabling the delivery of dynamic information in a physical space. Beacons can be used to make apps proactive by giving them access to information about how far away they are from a particular beacon.

Beacon technology is still in its early stages, and there's been some confusion around the use cases for this type of IoT technology.

One of the most common uses for beacon technology is indoor navigation—think of an app that helps employees find their way around an unfamiliar building, or one that helps shoppers navigate inside large malls or campus buildings.

Beacons can also be used to provide directions based on proximity within large areas, even those without WiFi such as open stadiums or concert venues.

Another application for beacons is pushing location-based notifications—for example, when you walk near Starbucks stores, you might see coupons or notifications about your rewards points pop up on your phone screen. This kind of interaction has huge implications for retail—beacons are one of the technologies making it possible for brick-and-mortar retailers to fight back against online competitors like Amazon using new concepts like "retail as entertainment."

By using sensors and mobile devices together with great customer experiences, physical retailers can turn shopping from an errand into a fun experience where customers come back again and again because they know they will have unique offers and experiences waiting just for them.

Machine learning is the science of getting computers to act without being explicitly programmed. In the past decade, machine learning has given us self-driving cars, practical speech recognition, effective web search, and a vastly improved understanding of the human genome. Machine learning is so pervasive today that you probably use it dozens of times a day without knowing it. Many researchers also think it is the best way to make progress towards human-level AI.

In this class, you will learn about the most effective machine learning techniques, and gain practice implementing them and getting them to work for yourself. More importantly, you'll learn about not only the theoretical underpinnings of learning, but also gain the practical know-how needed to quickly and powerfully apply these techniques to new problems. Finally, you'll learn about some of Silicon Valley's best practices in innovation as it pertains to ML and AI.

When you think about IoT, what comes to mind is a connected home with lights activated by voice commands or an intelligent factory where machines communicate with each other to alert humans of maintenance needs. These scenarios illustrate that connectivity technologies are central and critical to the world of IoT. The following technologies have been playing a key role in enabling this connectivity:

IoT sensors are typically miniature devices that can collect and transmit data, such as temperature, humidity, air quality and motion. While these sensors are small in size, they're big when it comes to their impact on IoT.

"Sensors drive the majority of IoT use cases," says Healy Cypher, CEO and founder of Oakland, Calif.-based LimeBike. "There are estimated to be over 24 billion IoT sensors today with a forecasted growth rate of over 30% per year."

The key to the success of IoT sensors is that they must be low-cost, low-power devices that can be easily integrated into devices or objects already in use. When it comes to sensing technology in particular, Cypher says there's even more opportunity ahead because current systems tend to require too much computing power at the edge device (i.e., where the sensor is located) and don't have enough power efficiency or memory for mass adoption. To address this challenge area, Cypher points out that companies like Qualcomm are working on multi-sensor platforms for cameras and smartphones with machine learning capabilities embedded into them at the chip level.

IoT is a combination of different technologies

IoT is a combination of different technologies that have existed for several years. It is the ecosystem of physical objects that collect and exchange data using embedded sensors, processors, and communication hardware.