Why is Python Used for Data Science and Machine Learning? 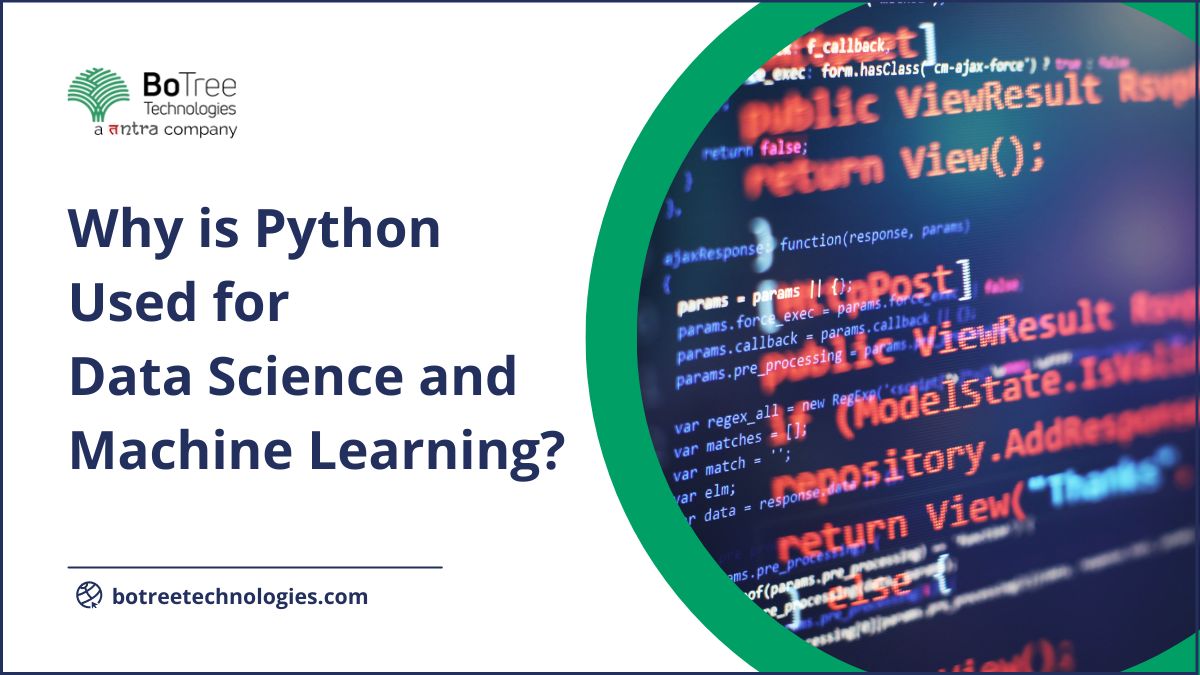 In the last few years, Data Science has been a domain that has found many takers, mainly because of how interested learners can begin learning it at multiple junctures. However, this flexibility has just made it one of the most popular subject areas in recent times.

If we talk about Data Science as a skill, there's a lot of promise in it as a career prospect, providing a lot of security, too, with the kind of demand it has created. In terms of market size, the global Big Data and Analytics market is worth a whopping $274 million, and it's only expected to grow.

And it's the popularity of Data Science that has been pivotal in bringing Python for Data Science to the fore for developers all over the world.

A Brief Overview of Python Language

Python is an object-oriented, interpreted, high-level programming language with a versatile set of semantics. It is built predominantly in data structures, making it an absolute gem for a software development company to ensure rapid app development, as well as using it as a scripting language to connect components.

Thanks to its super-simple syntax, Python is a highly readable language, and this ease makes it very easy to maintain. In addition, the modular nature of this language allows the code to be re-used by developers, further highlighting its flexibility as a programming language.

Why is Python a Great Option for Data Science and Machine Learning?

Data Science experts have increasingly taken to this programming language for Python application development. And this preference is backed by multiple reasons, making it easy for developer teams at any enterprise software development company to go ahead with developing great apps and products for their clients. Let's have a look.

When it comes to domains like Machine Learning and Data Science, it is not an understatement that there will always be a demand for dedicated Python developers simply because of how much the programming language offers.

Taking a leaf out of this trend, BoTree Technologies has a team of Data Science experts and Python developers to take your Python application development to the next level. As an aspirant, too, if you want to get into development, then Python is a good stepping stone.